Hashtags have become a way for brands to engage with their audiences and generate lots of original user generated content. The hashtag campaigns that have been the most successful invite their audience to share their own experiences with a particular brand. The most successful  social marketing campaign examples drive social media engagement through their hashtags. Some brands choose to engage by holding contests, giving their audience the opportunity to be entered simply by using the hashtag in an original tweet. Other brands choose to start a conversation by using a hashtag users will find relevant, thought provoking, or amusing. These social marketing campaign examples show how four different companies leveraged hashtags into successful campaigns.

In 2011, Audi launched their #WantAnR8 campaign that started with a user who tweeted a photo at the company with the hashtag. Audi saw the opportunity and decided to use the hashtag to drive conversation and promote their brand. They lent the lucky fan the keys to an Audi R8 and created a social marketing campaign that turned #WantAnR8 into a promoted trend. Five other fans were given the opportunity to drive their dream car for a weekend just by tweeting with the #WantAnR8 hashtag.

Audi’s successful campaign started by engaging with their audience and included in a contest — great incentives to drive user engagement. 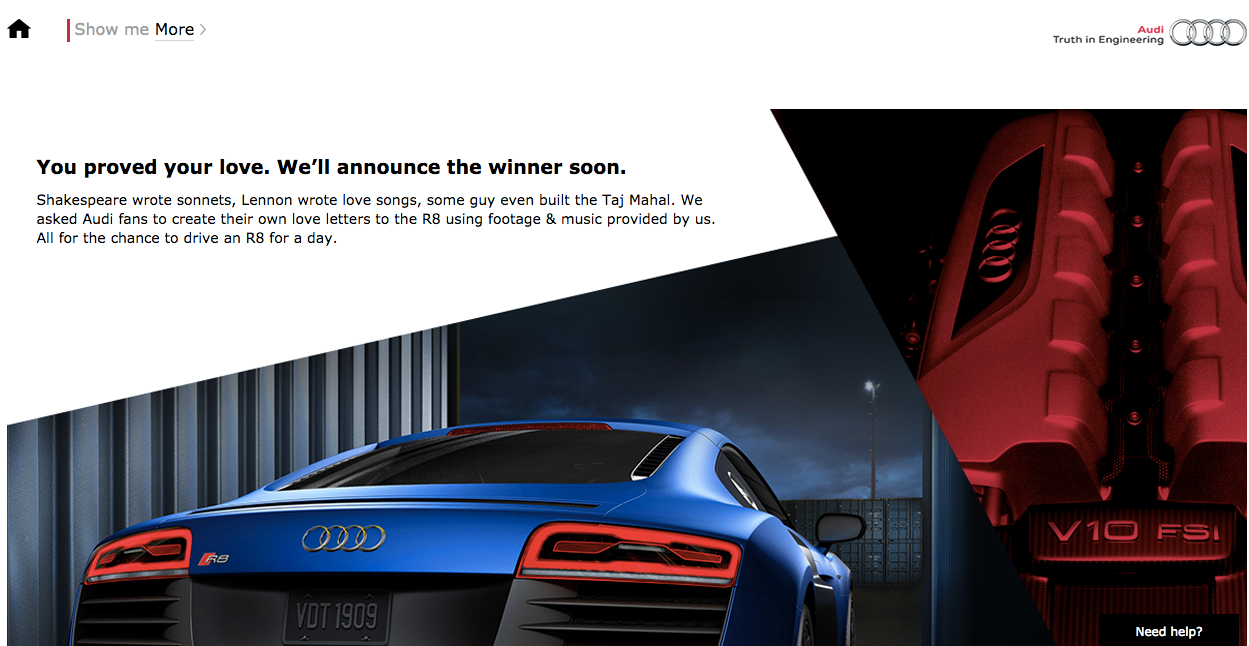 Toilet paper brands don’t always have the most successful social media accounts, but Charmin decided to show their personality with their irreverent #TweetFromTheSeat campaign. The campaign successfully made an unglamorous product popular and entertaining on Twitter. Charmin began the campaign by tweeting tips using the hashtags and asking users to do the same. Taking advantage of the fact that a major percentage of their audience uses social media in the bathroom, Charmin found a way to engage with their audience in a fun way. It can be challenging for utilitarian products to have entertaining social marketing campaigns, but Charmin proved that creativity and knowing your audience can overcome a boring image.

Coca-Cola’s campaign started with their redesigned bottle and can name labels. The packaging begs to be posted on social media, especially when Coke fans found their names or the names of their friends. The campaign asked that users post pictures of their cans with the #ShareaCoke hashtag — inspiring Coca-Cola inspired hundreds of thousands of social posts with their brand. They also partnered with Twitter in 2015 to launch the platform’s first paid brand emoji — in this case two Coke bottles clinking. Each time someone used the hashtag on Twitter, the emoji was automatically generated. Taking the campaign a step further, Coca-Cola introduced a contest. If users shared a photo of a can or bottle with the name “Ryan” and included the #ShareaCoke hashtag, they would be entered for the chance to meet Ryan Seacrest. Coca-Cola took advantage of their iconic packaging to create a hashtag campaign that boosted sales and drove user engagement. 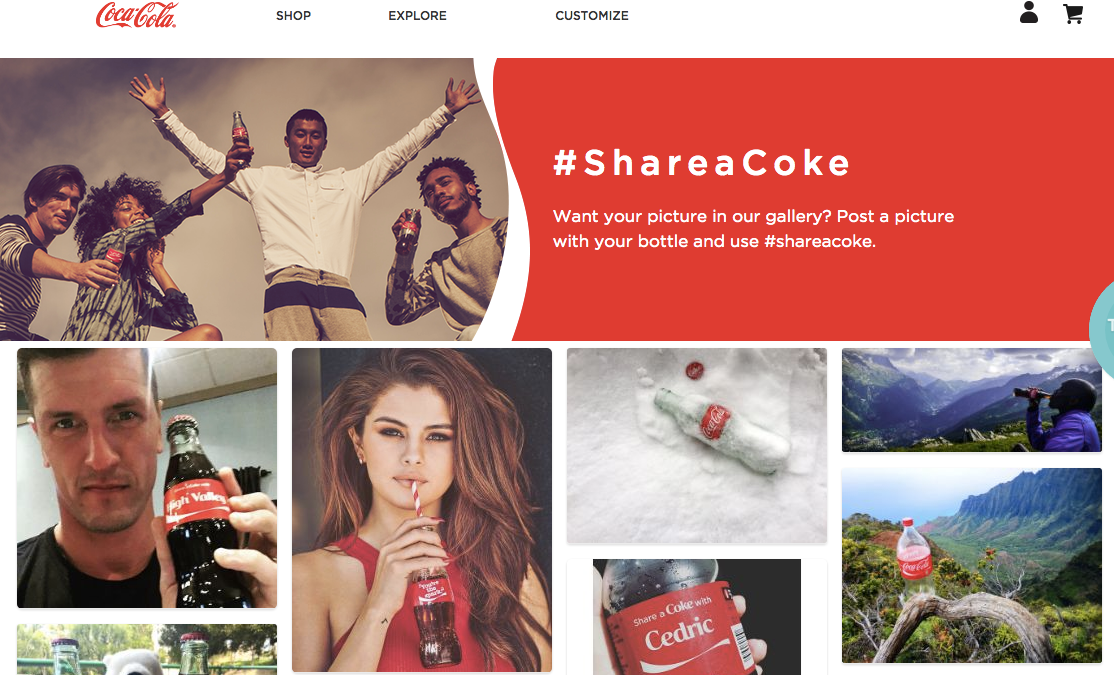 In 2014, Calvin Klein decided to put a spin on their iconic jeans ad from the 1980s and turn it into a hashtag campaign. The campaign — promoting Calvin Klein underwear — asked users to share photos of themselves in their Calvins. Demonstrating their knowledge of their audience, Calvin Klein drove user engagement and prompted the creation of generated content. The campaign also appealed to the popularity of vintage and “throw backs” with the references to their original 1980s ads. While the ad isn’t without controversy, Calvin Klein expanded their social media presence and generated brand engagement with their targeted audience. 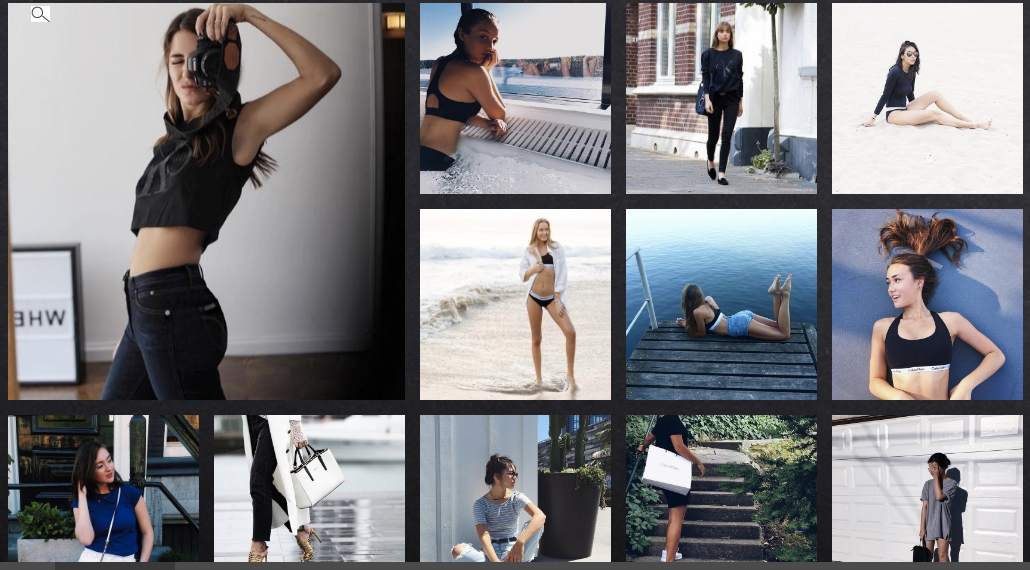 After Red Bull saw a photo by a photographer holding a Red Bull can up over a Red Bull branded Mini Cooper – making it look like company’s trademarked car, they turned it into a campaign. They created the #PutACanOnIt hashtag and invited users to use Red Bull cans creatively in photos and share them with the hashtag. The completely organic campaign was wildly successful, generating thousands of photos across social media platforms. Red Bull’s campaign allowed users to express their creativity and engage with the brand by showcasing the cans in their everyday lives. Even other brands like Pepsi and Perrier took advantage of the buzz and interacted with the hashtag in a humorous way. The #PutACanOnIt campaign demonstrated the success and popularity of organic campaigns and user generated content. 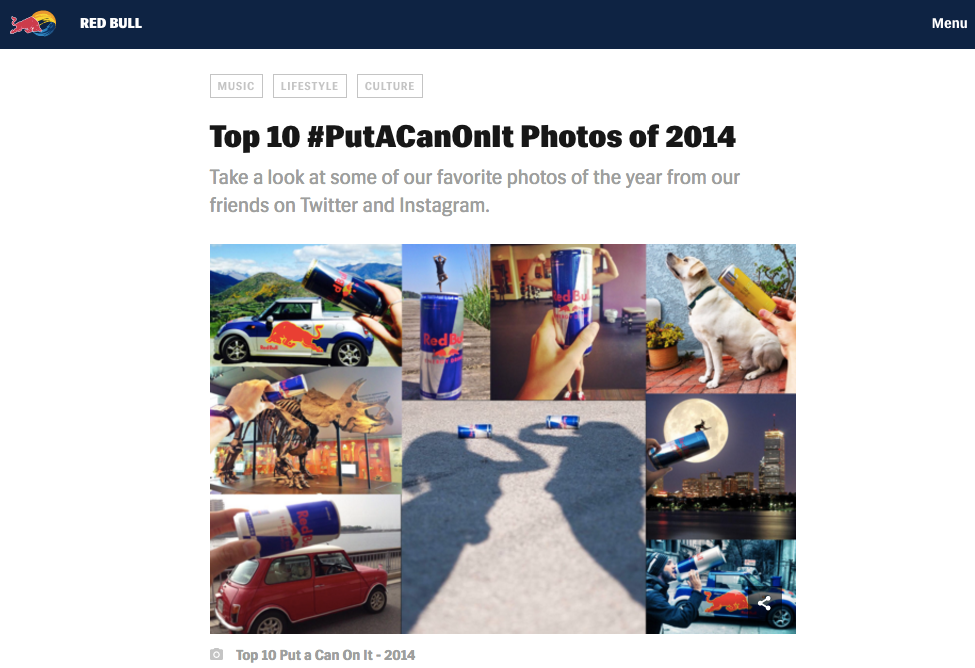 Hashtags are a great way to collect and organize content across different social media platforms, if used correctly. Successful brands now how to leverage hashtags into campaigns to generate content, engage with their audience, and drive interest in the brand. Hashtag campaigns invite consumers to interact with the brand, broadening their audience and generating original and creative user content. The best social media marketing campaigns boost sales and promote the brand through creativity and a clear knowledge of the brand audience.

How to Use Social Data Analytics to Inform Your Marketing Strategy